Have you heard of elderberries? They are small, antioxidant-rich berries of the Sambuca tree, and have been used for medicinal purposes for hundreds of years.

If you have taken Sambucol and any other syrup or capsules with Sambuca in the name, then you’ve tried them!

Why are they so popular during the cold and flu season?

Studies have confirmed that elderberries not only prevent viral infections from developing further, i.e. they can keep sickness away, by they also significantly reduce the duration of the flu once we get sick.

“Our study has shown that the common elderberry has a potent direct antiviral effect against the flu virus. It inhibits the early stages of infection by blocking key viral proteins responsible for both the viral attachment and entry into the host cells,” said Dr Golnoosh Torabian.

The researchers used commercially farmed elderberries which were turned into a juice serum and were applied to cells before, during and after they had been infected with the influenza virus. The phytochemicals from the elderberry juice were shown to be effective at stopping the virus infecting the cells.

To their surprise, the researchers also observed that the elderberry phytochemicals were even more effective at inhibiting viral propagation at later stages of the influenza cycle after the cells were already infected with the virus.”

“In one placebo-controlled, double-blind study conducted by Israeli virologist Dr Madeleine Mumcuoglu, 93.3% of the people taking an elderberry preparation reported significant improvement in influenza symptoms within 2 days of starting it, compared with the 6 days it took for the placebo group to see improvement.

It’s dead easy to make and much cheaper than buying ready-made syrups and capsules.

In addition, the syrup may lose some of its potency after a few weeks and making it at home you know exactly what you’re drinking.

Want personalised recommendations for optimising your immune system, hormones and gut health? Book a FREE call with me. 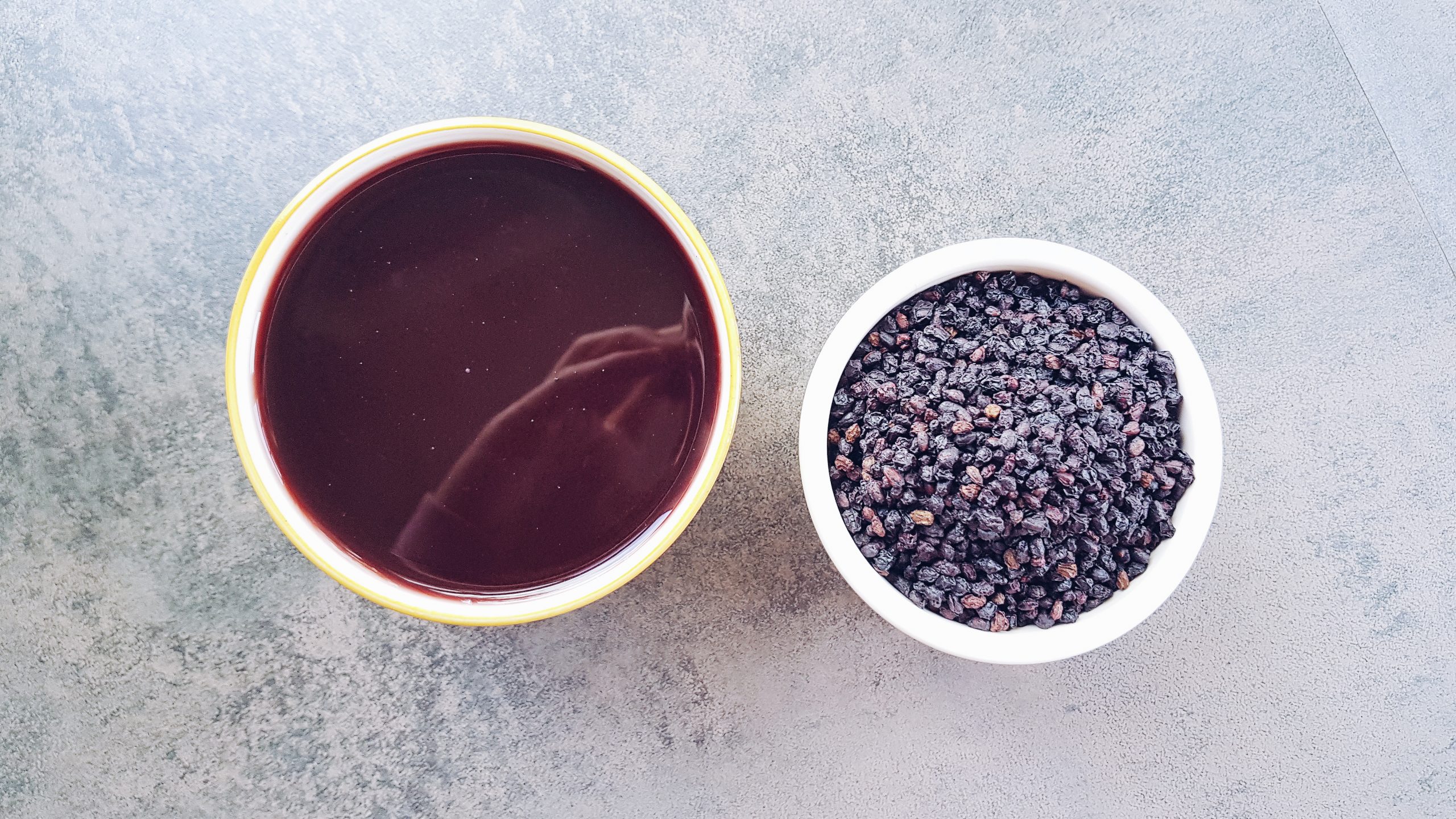 Optional (for an extra anti-viral and anti-oxidant boost)

You can also add honey for sweetness if you wish.

1. Bring water to the boil and add the berries.

2. Simmer on low heat for 15-20 mins, until the liquid is reduced by about half.

3. Let the liquid cool and then strain it.

4. You can repeat the process if you wish to get the most out of the berries. The second batch will likely be less strong, but I find it perfectly usable + I hate waste!

1. The recommended dose is 1tbps day for preventative use and 3-4 tbsp daily to reduce the duration of colds and the flu.

3. If you don’t fancy making the syrup yourself, you can buy Sambucol capsules/syrup or other brands elderberry syrup.

This website uses cookies to improve your experience while you navigate through the website. Out of these cookies, the cookies that are categorized as necessary are stored on your browser as they are essential for the working of basic functionalities of the website. We also use third-party cookies that help us analyze and understand how you use this website. These cookies will be stored in your browser only with your consent. You also have the option to opt-out of these cookies. But opting out of some of these cookies may have an effect on your browsing experience.
Necessary Always Enabled
Necessary cookies are absolutely essential for the website to function properly. This category only includes cookies that ensures basic functionalities and security features of the website. These cookies do not store any personal information.
Non-necessary
Any cookies that may not be particularly necessary for the website to function and is used specifically to collect user personal data via analytics, ads, other embedded contents are termed as non-necessary cookies. It is mandatory to procure user consent prior to running these cookies on your website.
SAVE & ACCEPT

You're in! Please check your inbox for your guide!

No spam. Your details are safe.